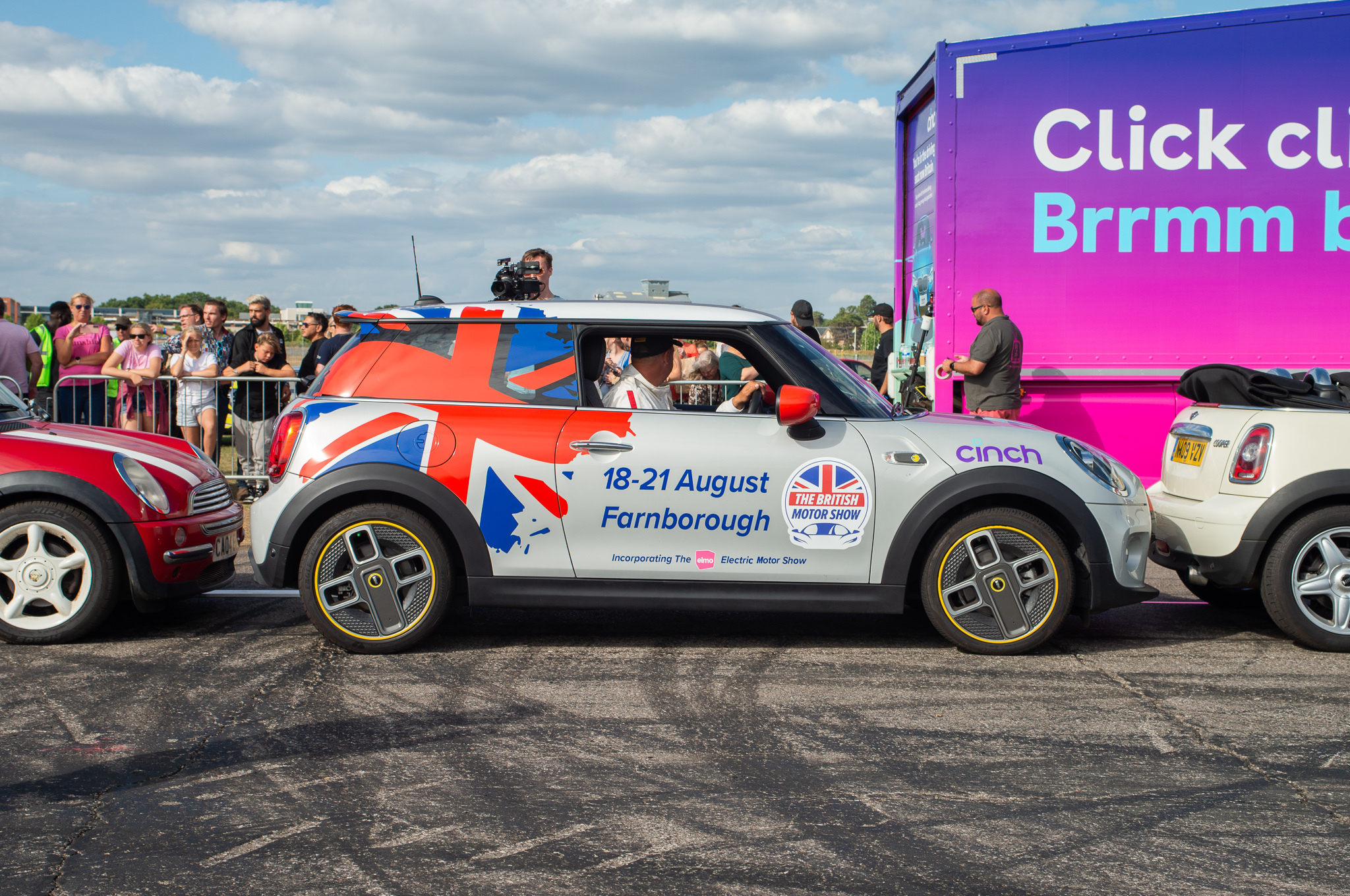 Tightest parallel park in an electric car On the very first day, Swift attempted to set a new record for the tightest parallel park in an electric car. This record measures the smallest space into which an electric car can be parked in line with other vehicles, requiring masterful skill and strong nerves. Swift only had three seconds to park in the space which was created by two Mini Coopers, parked parallel to the curb. The Motorsport champion squeezed his white Mini-e into the tight parking spot with a perfect technique, setting a new world record of only 30 centimeters. "I'm shaking like a leaf," Swift said after the attempt. The gap is measured by subtracting the length of the car being parked from the size of the parking space. However, this wasn't the first time Paul Swift had broken this record. The seven-time British Motorsport champion broke the record on the very first day of the Motor Show, successfully parking his Mini-e with 35 cm to spare. However, he didn’t rest on his laurels and was set on improving his result. He attempted the record once more on the fourth and last day of the British Motor Show, outshining his previous performance. An impressive record indeed, although we certainly wouldn't want to try parking a car in such a tight spot every day!
Paul Swift