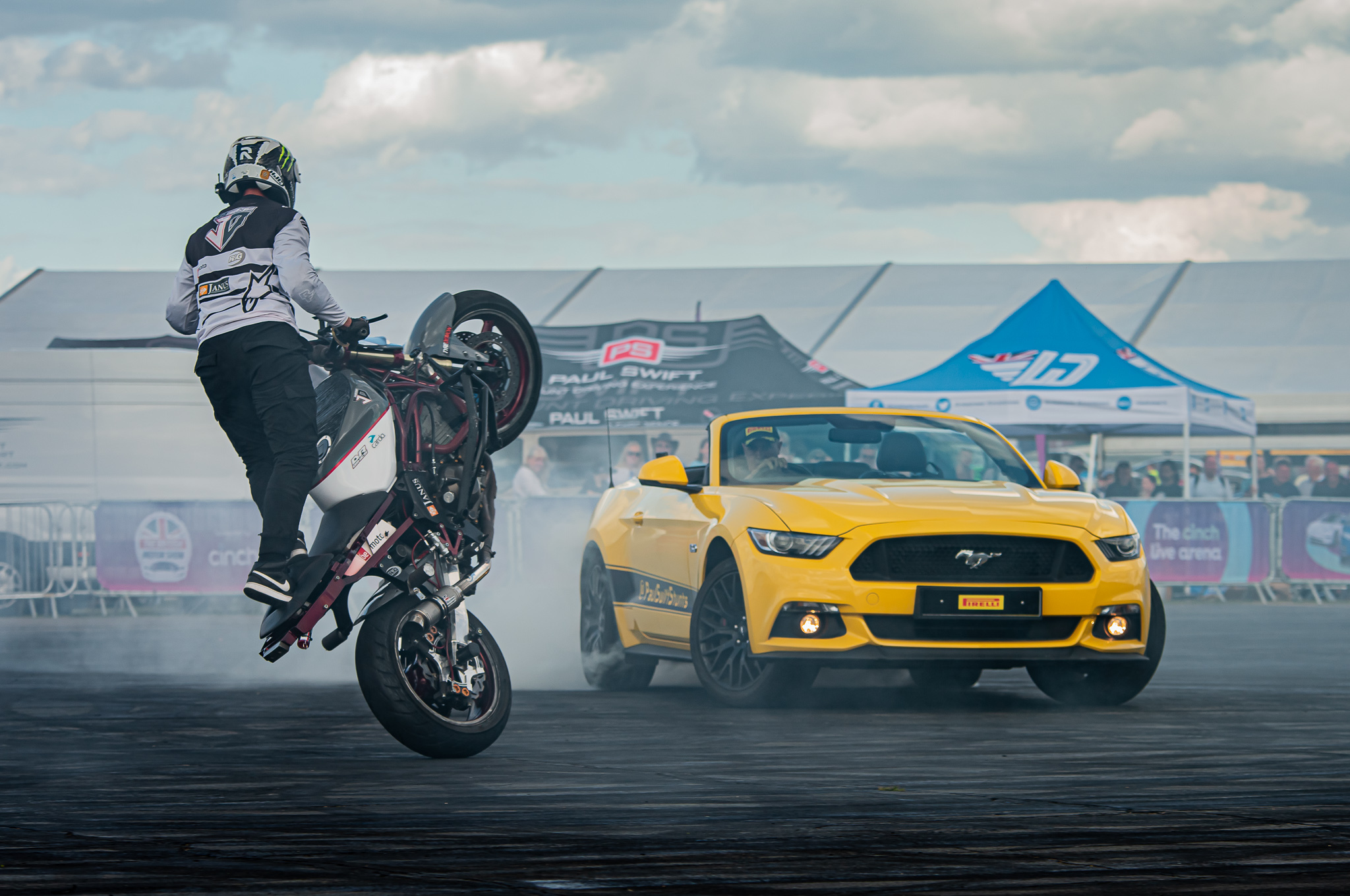 But achieving one record wasn't enough for the ambitious racer.

During the weekend, the professional stunt driver teamed up with stunt driver JD Stunts and also broke the record for the most donuts (spins) around a motorcycle performing a wheelie in one minute… twice!

On the second day, Swift managed to spin a yellow Ford Mustang around the moving motorbike 8 times.

Once again, though, he didn't settle for the first success.

To him, driving is not just a profession but a passion, and also a family tradition.

His father, stunt driving legend Russ Swift, taught him how to perform stunts on the family's ride-on lawn mower back in 1986 at the tender age of seven.

At 16 he began competing in Motorsport and kickstarted an ongoing streak of stunt successes.

Following in the footsteps of his father, he soon entered the Olympus of stunt pilots and is now a racer with over thirty years of experience.

The day after, Paul attempted the record again and bettered his result with 10 spins around a motorcycle.

The 2022 British Motor Show marked the latest in a long line of career achievements for Swift, who concluded the weekend with two new Guinness World Records titles.

Will more records await him on the road? We can't wait to see!