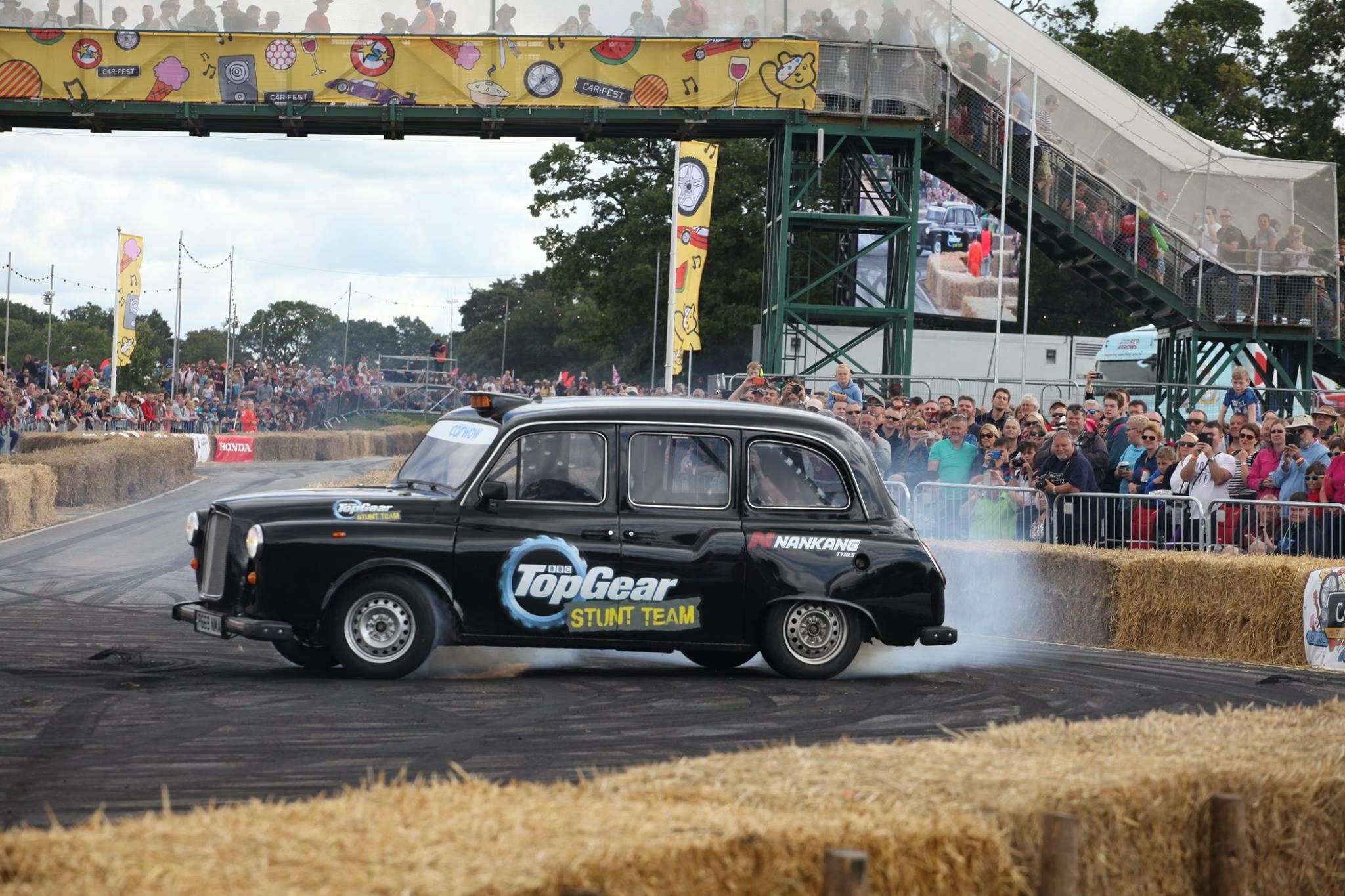 They’ve performed across the globe to over two million people as the precision driving team from Top Gear Live for over 10 years, creating and honing an impressive repertoire of stunts, precision driving sequences and even world records. Led by precision driving maestro Paul Swift, the Top Gear Stunt Team will tour the UK as guest content at four major UK motoring events starting with CarFest North at the end of July. The Team’s summer 2016 routines will include contemporary road cars and some specialist vehicles from Top Gear Live which many visitors will have never seen before. The Top Gear Stunt Team will provide spellbinding entertainment to over 120,000 visitors across 11 show days in July and August this year.

The Top Gear Stunt Team Summer Series will comprise of CarFest North, Bolesworth, Cheshire, 29-31 July; Ignition Festival of Motoring, Glasgow SECC, 5-7 August; Beaulieu Supercar Weekend, 20-21 August and CarFest South, Laverstoke Park, 26-28 August.  At each event the Team will deliver a strand of content throughout each day in specially created stunt performance areas and at Ignition Festival of Motoring in Glasgow this will also include an indoor performance area.

Launched and managed by Sub Zero Events, the team behind the award winning Top Gear Live global arena tour, there is a huge deal of excitement surrounding the injection of high octane entertainment that the Top Gear Stunt Team will bring to a string of events this summer.

Adam Waddell of BBC Worldwide commented: “We’re delighted to be launching the Top Gear Stunt Team as a new Top Gear-branded live entertainment proposition and we look forward to the team thrilling visitors at the four events which make up the Summer Series.”

Paul Swift, who leads the Team added: “The Top Gear Stunt Team is a fabulous opportunity to create brand new sequences with mainstream cars as well as wowing audiences with some of the incredible vehicles that we toured around the world as part of Top Gear Live.”