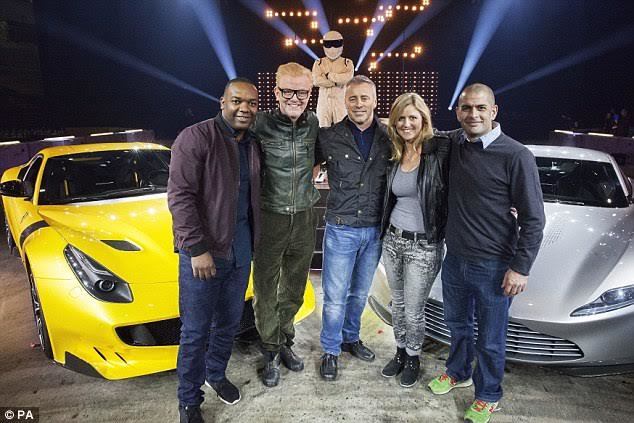 Chris Evans and Matt LeBlanc joined their fellow Top Gear presenters at the official BBC launch of the show in Liverpool on Monday.

The Top Gear live team put on an elaborate stunt show as part of a 90 minute event which showcases the best of British television to the world’s top TV executives. With over 700 delegates attending annually from every corner of the globe, the BBC showcase is the biggest television sales market hosted by a single distributor.

Also looming in the background of some of the shots was The Stig himself who was covered up in his trademark motoring gear and helmet.