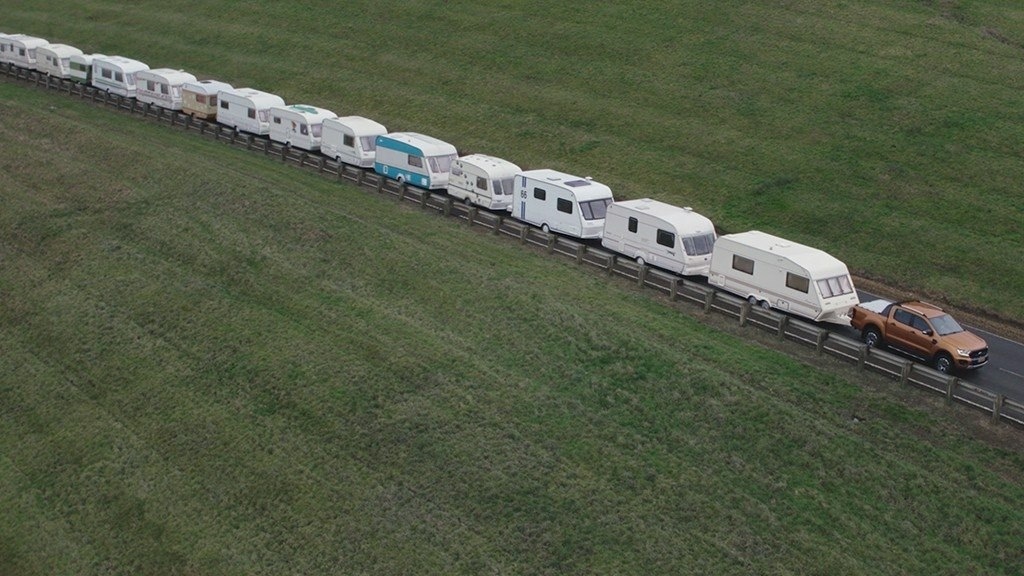 Summer drivers might have to wait patiently behind one or two caravans before they can overtake.  But 15 in a row - all pulled by the same vehicle/

Don't worry, it's not a situation you are likely to encounter any time soon.  The caravan of caravans was created by Ford for a new film that demonstrates the remarkable pulling power of the new Ranger pick-up.

"This was the slowest stunt I've ever done - but also one of the hardest.  Trying to keep the caravans on the straight and narrow while the car drove past was a challenge, and one that really demonstrates the Ranger's capabilities," said precision driver Paul Swift who was behind the wheel of the Ranger.