Swift fights back from misfire at Jack Frost Stages Rally 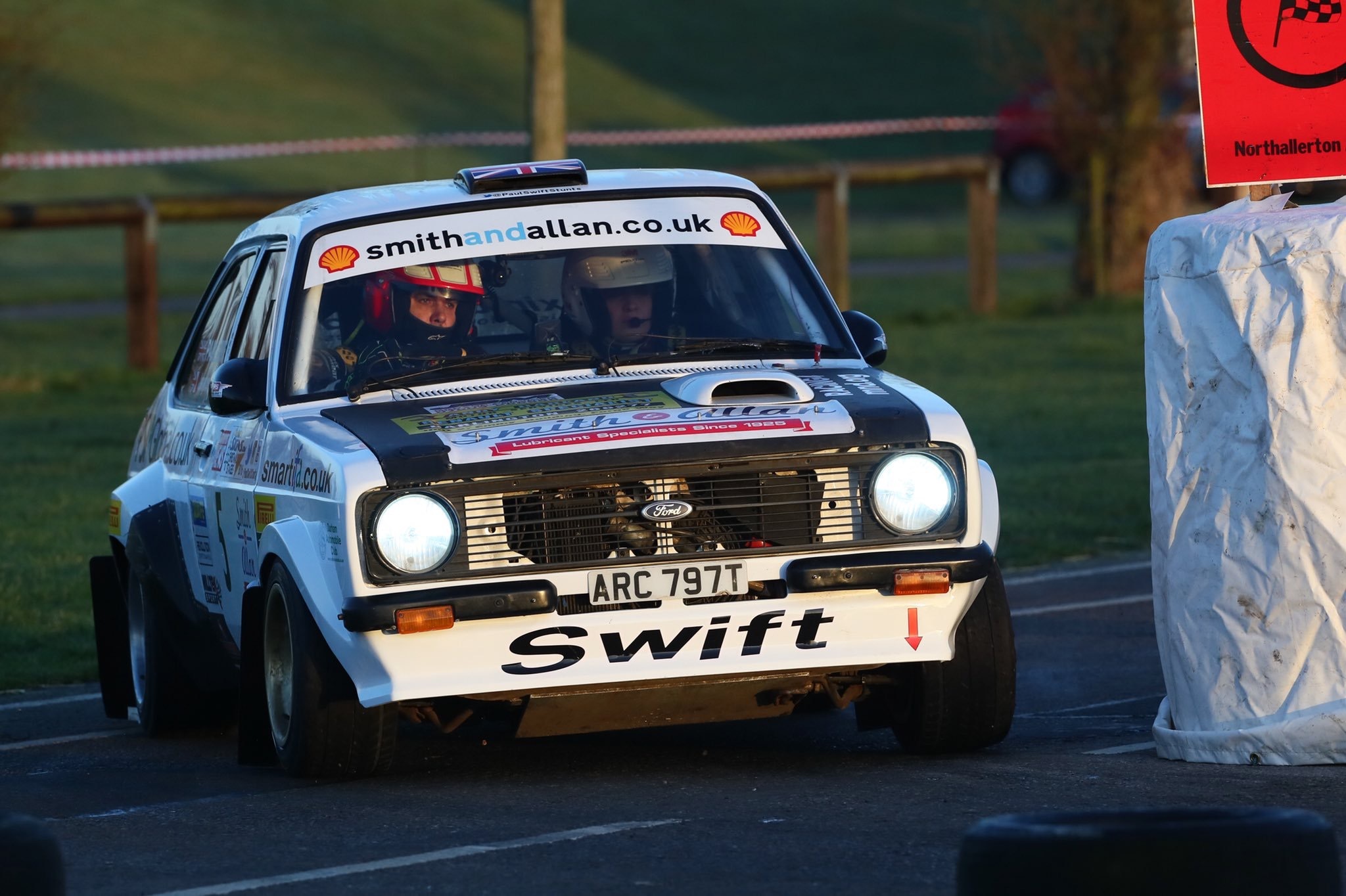 Darlington precision driver Paul Swift was in action on this weekend's Darlington and District Motor Club organised Autogas 2000 Jack Frost Stages Rally in association with Cartersport which was held at Croft Circuit in North Yorkshire and where he was looking for a repeat of his class win at the recent Swift Signs Christmas Stages Rally.

With a few more developments undertaken to the newly-built Millington-engined PSI Global UK, Smith & Allen Oils and Smart Independent Financial Advisors-backed Ford Escort MK2, Swift was hopeful of another good result at his local track but it turned out to be a frustrating day for the seven time British Champion and multiple Guiness World Record holder.

A slight Misfire was detected on driving to the circuit and despite the best efforts of the JBM Team to rectify it, the problem returned on the opening stage leaving him down in 54th place overall.

A heavy snow shower just before SS2 saw the stage eventually cancelled as Swift and wife-to-be co driver Jessica Bell continued to struggle on the third test with a car which wouldn't rev above 4000rpm.

With SS4 also cancelled due to delays which encroached onto the circuit's compulsory lunchtime noise restrictions, Swift was in a lowly 64th overall at the half way point but once the team had time to download the data and examine it, a loose connection in the potentiometer was diagnosed and soon fixed.

From then on, Swift found the missing speed and despite the wet, slushy conditions whereby the pirelli tyres worked brilliantly, gradually climbed his way up the leaderboard with a string of top ten stage times to eventually salvage 26th overall and third in class for his efforts at what was a bitterly cold day.

Paul Swift:  "Firstly, thanks to all the marshals and organisers for their heroic efforts in keeping the event running and for standing out in the cold, they looked Frozen.  Our day could have been better as we really struggled in the morning but got things sorted for the afternoon and once we had the car running right and and the right Pirelli tyre combinations, it all started coming together.  We fully anticipated some teething issues with the new car but now we have two events under our belt, we can fully concentrate on developing its full potential for when we take it out next."

Paul will next be embarking on a national tour of Top Gear Live, which includes the Newcastle Metro Arena on Friday 20th to Sunday 22nd February where he will be preforming stunts as part of the team including regular presenters Jeremy Clarkson, Richard Hammond and James May.

Follow Paul Swift on the following networks and social media