Paul takes the new Ford Mustang for a lap around Silverstone 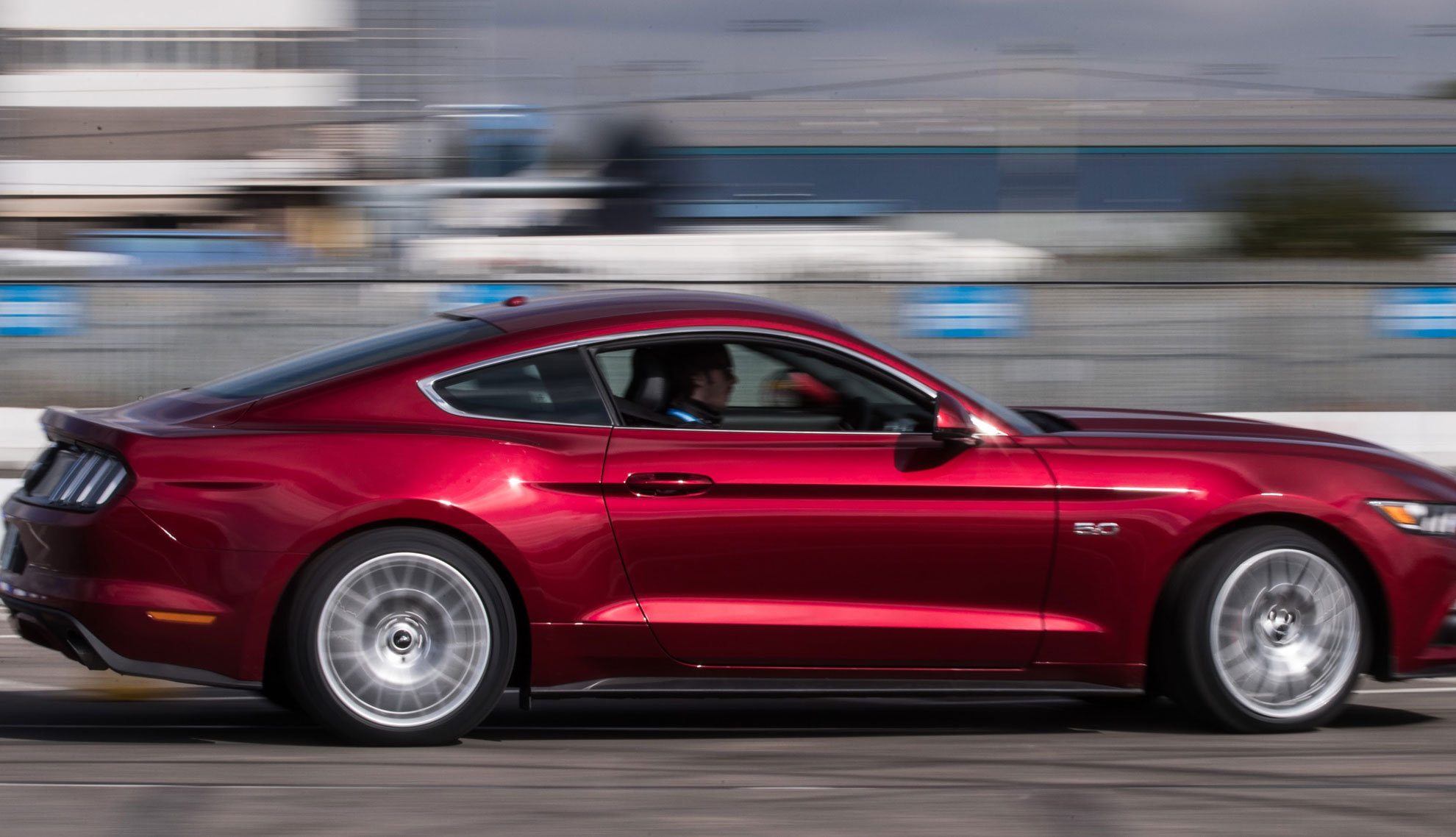 A new interactive video enables viewers to experience the all-new Ford Mustang from multiple perspectives as it speeds around the legendary Silverstone race track in the U.K

The video shot at Silverstone with a Mustang fastback powered by a 5.0-litre V8 engine allows the viewer to rotate the vantage point from inside the Mustang using the mouse or curser.  Just like in a video game, users also can seamlessly switch to helicopter and front bumper views, see the Mustang's position on a active map, and check the speedometer and rev counter.

The interactive video can be experienced here:

"We wanted everyone to be able to experience a Mustang V8 at high speed on a great track," said Mark Truby, vice president, Communications and Public Affairs, Ford of Europe.  "What makes this video unique is the viewer is in complete control of the vantage point.  They can view in any direction just as if they were in the cockpit of the Mustang, switch to drone view, check speed and RPM.  It's totally immersive."

Footage for the 80-second film was captured in a single day using six Gopro cameras inside the car, as well as drone and front bumper cameras.  This was then meticulously edited to ensure a seamless panorama.  Professional driver Paul Swift drove the Mustang on the 2.6-kilometre (1.6-mile) lap of the National Circuit at Silverstone, home to the F1 British Grand Prix.

For the online version of the Mustang film, viewers start the action by clicking on the car's iconic pony symbol, and start button.  The camera is adjusted using the arrow keys, track pad, or mouse.  Clicking on a helicopter icon displays the aerial view, clicking the Mustang's fascia displays the view from the grille.  A more basic version of the film also is available to view on Youtube here : https://youtu.be/3ifFZhMySq0

On sale across Europe for the first time in the car's 50-year history, the all-new Ford Mustang is available as a fastback or convertible.  The 5.0-litre Mustang delivers 421PS and 530Nm of torque, also avialable is a 2.3-litre EcoBoost version that delivers 317PS and 432Nm of torque.