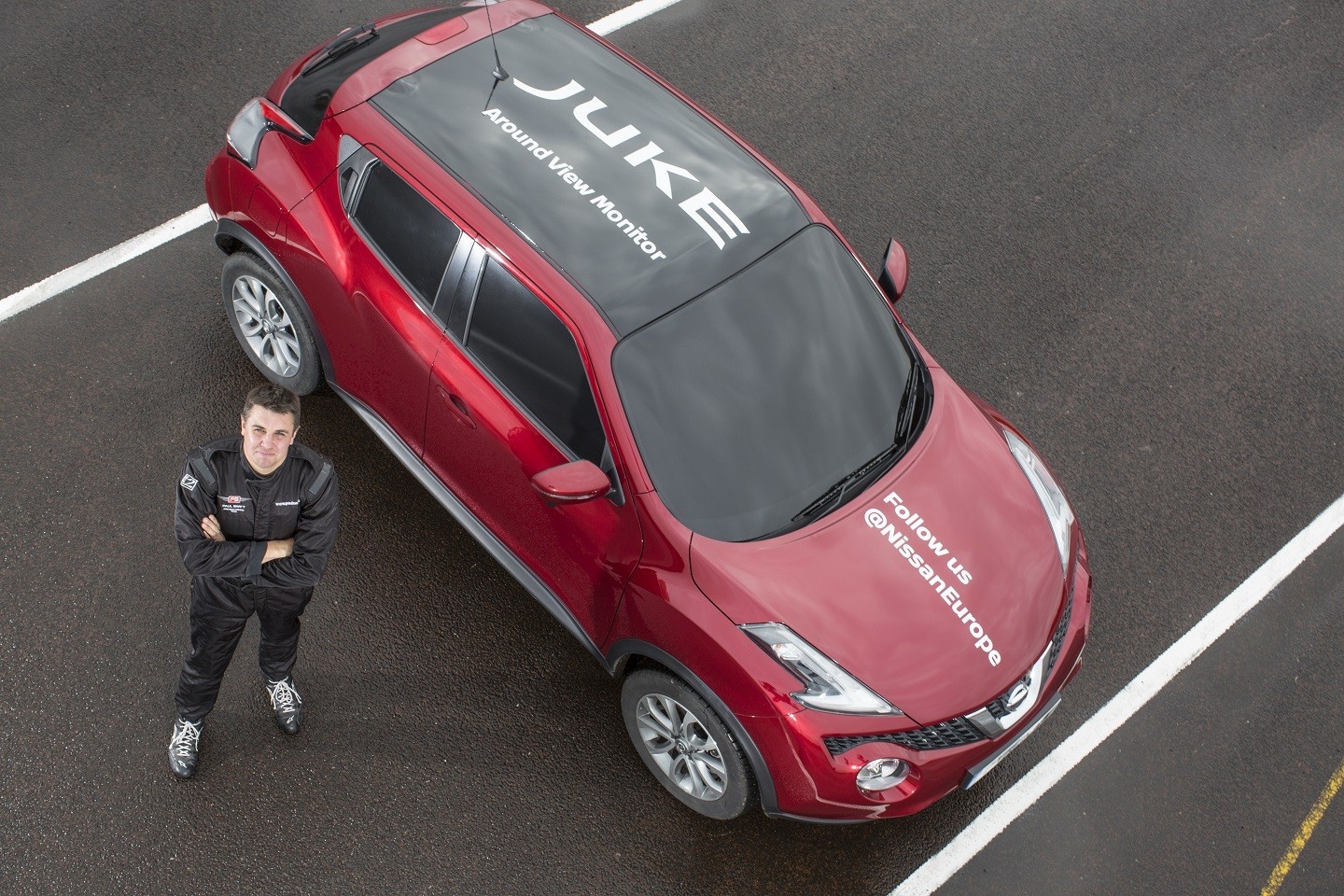 The record-breaking Nissan Juke has done it again. This time the popular compact crossover has established the world’s first ‘blind’ J-turn record with the driver using only the car’s Intelligent Around View Monitor (AVM) on-board camera technology for guidance.

Stuntman Paul Swift spun the car through 180 degrees with all the windows blacked out, using only the Juke’s four exterior cameras to position himself.

Amazingly, he equalled the existing ‘sighted’ record – turning the crossover from driving backwards to driving forwards in a space just 18cm longer than its bumper-to-bumper distance.

Nissan’s Intelligent AVM system provides the driver with a 360-degree birds’ eye view of the car and its surroundings. The four camera images are digitally stitched together and displayed on the Nissan Connect dashboard screen, making parking simpler and safer.

Commenting on the world-first stunt, Paul Swift said: “I don’t recommend drivers try to park using a J-turn like I did, but I can really see how using the Intelligent AVM technology in everyday driving situations would be a real benefit to Nissan customers."

Nissan Intelligent AVM also includes Moving Object Detection, which alerts the driver if something – for example, an animal or pedestrian – is close to the vehicle. This gives the driver enhanced awareness of their surroundings and improved peace of mind.

Intelligent AVM is part of the Nissan Intelligent Mobility vision for a safer and more sustainable driving future. It’s also one of the key building blocks of Nissan’s move towards ProPilot, the brand’s autonomous driving technology. The first Nissan car in Europe to feature ProPilot will be revealed in the next financial year (2017).

Paul Swift added: “Looking at the 360-degree view on the dashboard screen – rather than over my shoulder through the rear window – was strange at first, but I quickly adjusted.”

The highly experienced stunt driver took on the challenge at the home of the Juke – Nissan Manufacturing UK in Sunderland – where more than 100,000 Jukes are produced every year.

The Nissan Juke is no stranger to stunts and record attempts. The compact crossover already holds the record for completing the fastest mile on two wheels.

Stewart Callegari, General Manager for Advanced Planning, Nissan Europe: “This stunt is the perfect demonstration of the Nissan brand promise – Innovation that Excites. That promise is all about developing technology to make drivers’ lives simpler and safer, and Around View Monitor does just that.”

The Nissan Juke is Europe's favourite compact crossover, having sold more than any other model – almost 760,000 units since its launch in 2010.