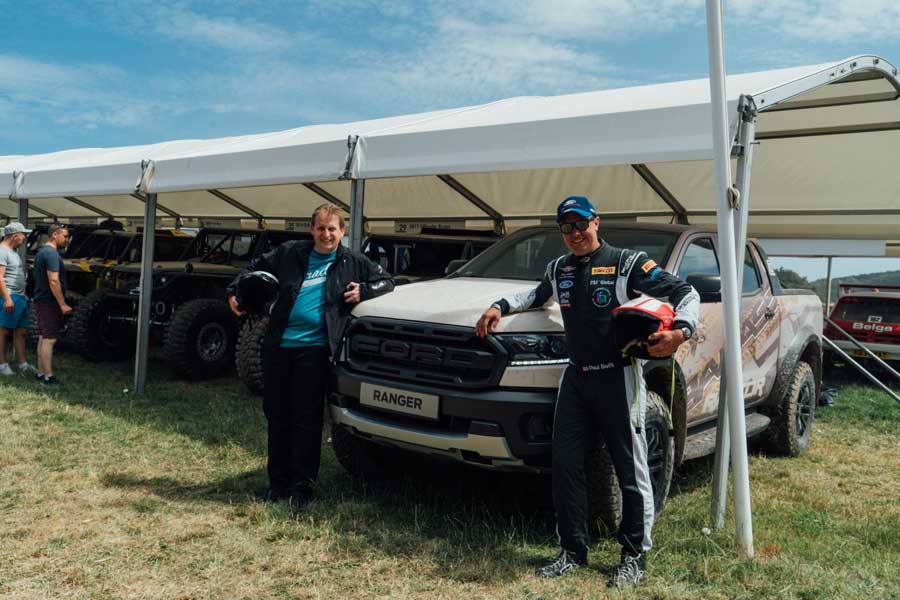 The Goodwood Festival of Speed was established by the Duke of Richmond back in 1993 and has run annually since then.  2019 was our 10th appearance at the show since our first visit back in 2003.  We had two new Ford models to display the new Focus ST & Ranger Raptor which we debuted at the show last year.  Day 1 (Thursday) we ran the Focus ST in the manufacturers batch on the Goodwood hill course surrounded by some unbelievable supercars .  Catch the video here :

The rest of the weekend was spent on the Goodwood off road course demonstrating the capability of the Ranger Raptor amongst regular competitors from the British Off-Road Championship.  Ford UK ran a competition on the stand where the public could compete on the Forza Horizan 4 Game with the Raptor and the fastest time won a ride with Paul in the Raptor.  Lots of positive comments about the truck and great fun had by all.