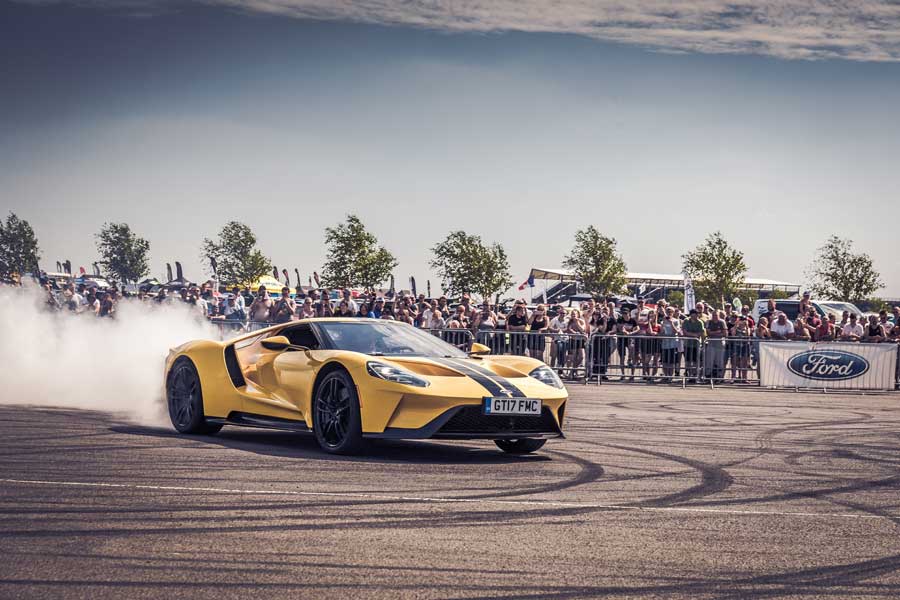 Ford Fair 2018 was a scorcher, thousands of Ford fans from all over the UK & Europe arrived at Silverstone for huge event which featured almost every model imaginable.

Having performed at the show show over 10 years we are always to go bigger and better than the previous show and this year we really pulled out all the stops with a show that 4 featured four of the Ford Perfomance range.

The show opened with a demonstration of drift mode in the limited edition FOCUS RS Evocation, (one of only 3 cars) which has been completed by Ford and partners Moutune, to celebrate 50th anniversary of the 'RS' brand.

We had serval stunt demonstrations with the new Fiesta ST & 5.0L V8 Mustang with compettion winners hitching a ride in the passngers seat.

The Grand fianale to the show was left to Paul performing donuts with the Ford GT worth an estimated £320,000.