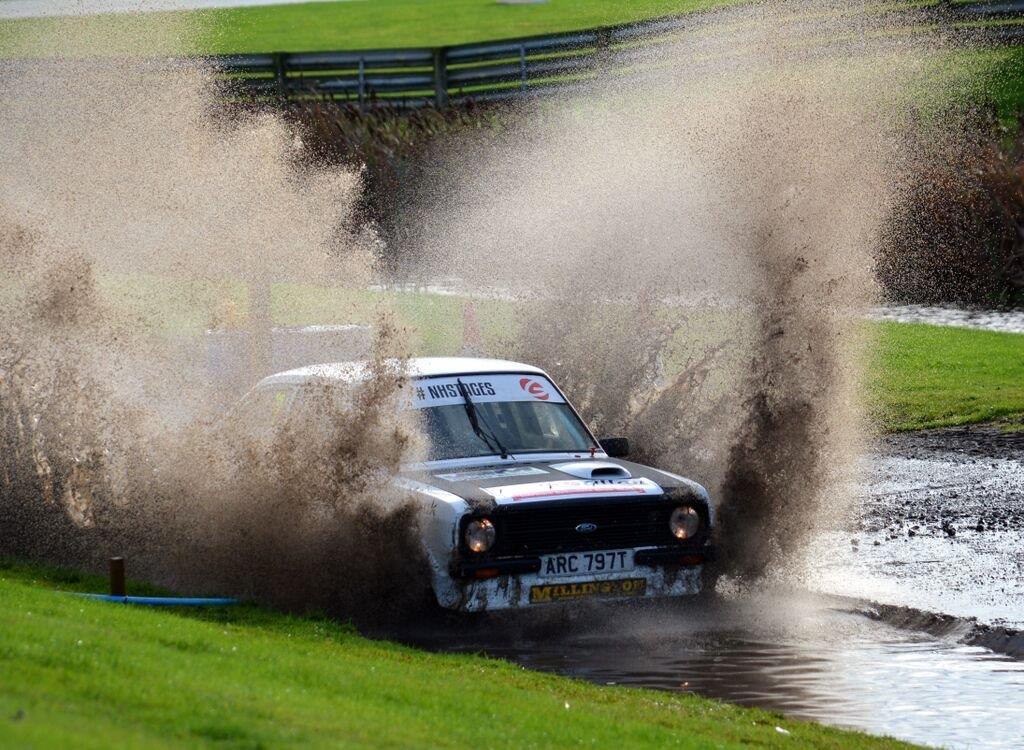 Darlington precision driver Paul Swift was back in action at the weekend whereby he had to overcome some minor technical problems as well as the adverse weather conditions to claim a class victory and fifth place overall on the Neil Howard Stages Rally at Oulton Park in Cheshire.

Having only secured an entry on Thursday as one of the reserves, it meant a last minute rush for the Jim Bean Motorsport prepared, Millington-engined PSI Global UK, Smith & Allan Classic Oils and Smart Independent Financial Advisors-backed Ford Escort Mk2 team.

Along with wife Jessica in the co driver's seat, things didn't quite go to plan when they encountered a minor brake problem on the opening stage, which was held in torrential rain but the Swifts still managed to stop the clocks eighth fastest.

With the wet conditions suiting the more powerful four wheel drive cars, Swift dropped to tenth on SS2 before a superb drive on the next couple of stages saw him elevated up to fifth overall and leading his class. However, a puncture on SS5 threatened their progress, but it dropped them only one place as they lost around ten seconds.

As conditions dried out, so they became more favourable to the rear wheel drive characteristics of the Ford Escort, and Swift started his climb back into contention. Despite a broken windscreen caused by an errant stone thrown up from a car they were following and the battery expiring on the final stage in darkness, Paul and Jessica crossed the finish ramp in fifth overall, taking with it the Class D1 victory also.

The result sees the County Durham pairing leading their class in the prestigious Motorsport News MSVR Circuit Rally Championship after the opening round which will be televised on Motors TV on Friday 27th November at 10.30pm.

Paul Swift: "It was a very last minute decision to enter and we only found out we had a run on Thursday, so it was all a bit hectic and thanks to the team for doing a great job. It was a battle in more ways than one from the start what with a couple of niggling problems but it was nothing major luckily. Once the weather dried up, we could challenge the four wheel drive cars and we gave a couple of them a good run towards the end of the rally but couldn't quite make it any higher than fifth. Still, I'm delighted with the result as well as the class win and to be leading the championship in D1 is the icing on the cake."

Paul will next be in action at the Swift Signs Christmas Stages Rally to be held at Croft Circuit on Sunday 27th December. Further information can be found at www.paulswift.com/motorsport.

Paul would like to thank his 2015 sponsors and partners: