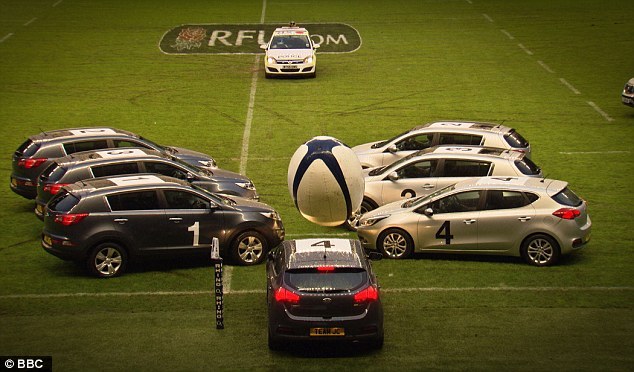 Twickenham welcomes a new set of boots to the pitch - as Top Gear stars tackle a game of rugby on wheels.

James May and Jeremy Clarkson captain a team each as they take to the field for a few crash tackles in this Sunday's edition of the show.

The team have previously adapted other sports for drivers, including playing car football.

They headed out on to the hallowed turf of Twickenham - the home of England rugby - to test out a new model of the Kia C'eed, the vehicle normally used by the "star in a reasonably priced car".

The players used a huge outsize rugby ball as they played their unusual match.